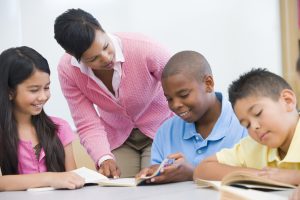 Each year, noted online research service Niche.com rates schools and districts to help parents find the best schools for their children. This year, we are pleased to report that all Amira schools and Tomball ISD received an A on the 2021 Best Public Schools list.

Scores for each district were based upon data collected in eight categories. The grade for academics counted toward 50 percent of the district grade and is based on state testing performance, SAT/ACT scores and survey responses from students and parents.

Rosehill Elementary received an A. Considered by Niche to be in the top 100 elementary schools in Houston, Rosehill is known for strong academics and as the home of the new Two-Way Dual Language Academy biliteracy program, the school focuses on high academic achievement, character growth and responsibility.

Tomball Intermediate School also boasts an A rating. The school is considered one of the 15 top middle schools in Harris County. In 2019, the school earned five distinctions on state-mandated testing in mathematics, science, comparative academic growth, comparative closing the gaps and postsecondary readiness.

Rounding out the Amira schools that received an A is Tomball Junior High. According to Niche, the school ranks among the top 25 Best Public Middle schools in Harris County. Tomball Junior High has a strong academic program bolstered by access to pre-AP classes. Students are able to express their individuality by participating in an excellent performing arts program.

Tomball High School got an A- with top marks in academics, college preparation and diversity. The school ranked No. 36 out of 138 schools in Harris County for Best College Prep High School. The school offers 30 Pre-AP and AP classes, as well as 11 dual credit courses through Lone Star College.

Congratulations to the students, teachers and staff at all of our schools. You’ve proved you have the right stuff!