So Many May Celebrations! 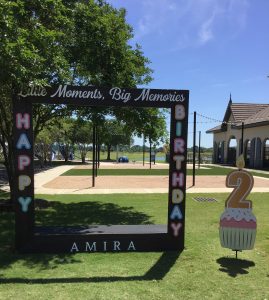 There are a lot of important happenings in May — birthdays, moments in history — heck, even The Rock celebrates another year around the sun this month.

But the biggest May to-do has to be our very own birthday — Amira is 2!

We’re excited as can be to celebrate another year and watch as more and more people find their home in our friendly community. We’re also happy to share our birthday month with these fine folks — you may have even heard of a few:

But May’s accomplishments don’t end with who was born this month. There are some interesting moments in history and fun facts that happened during May:

Don’t forget to take a picture in the Amira frame and tag us on Instagram and Facebook using #PictureYourselfinAmira !